We have always been fascinated by architectural design and the evolving design styles that permeate society in its various forms: whether it’s furniture, a specific functional product used within your home or office, or how it is reflected in buildings and architecture. Even more so, we get all wound up in trying to understand its historical origin or underlying influence.

For the intensely curious, you will always ask about the origins or the purpose of a particular design and why it was done the way it was done. Jony Ive, former Senior VP of Apple Industrial Design fame, perfectly describes this in a typical industrial designer way in the amazing documentary, Objectified. (IMDB Reviews, Amazon)

There is an actual clip from the documentary on YouTube where he talks about this obsessively. Sadly, the owner of the series has sent a DCMA request to remove specific clips on Youtube. It’s an excellent documentary if you’re curious so it’s worth the rental or purchase. 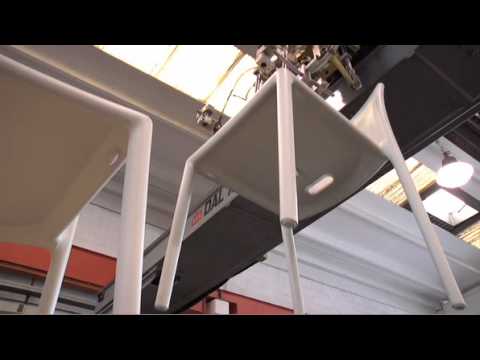 When I saw this particular scene, I completely understood what he was trying to say. In architecture, I will see certain designs and ask WHY was it done this way and not some other way. Jony shares these insights:

When I first saw 2001: A Space Odyssey, the film’s brilliant visual expanse but intentionally minimalist approach to film-making mesmerized me. Every single minute detail, human expression, action, or scene provided boundless information to the unseeing eye. It was for this reason that the film was largely misunderstood for its time. But who could not forget the Space Station scene and the “futuristic chairs” that stole everyone’s attention? Don’t remember? Here they are. 😉 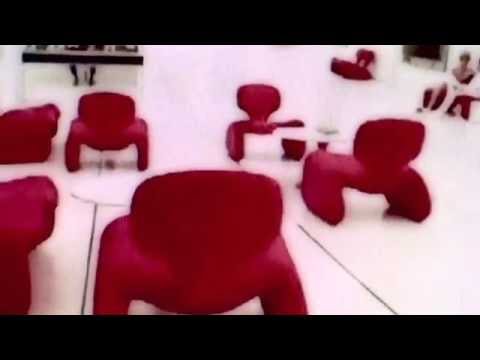 Of course, it didn’t take me long to get to the bottom of the WHO and WHY behind those amazing red or pinkish-red chairs that really solidified 1960s futuristic design at a time when men had not even landed on the moon!

Known as Djinn chairs, they were designed by Olivier Mourgue in 1965 while employed at Airborne International (now defunct). Born in Paris, the French industrial designer, now 81, is best known for these chairs and other furniture designs which are still in production by other companies His work can now be found in museum collections with paintings and landscape designs. He is also the author of a book called “Imaginary Gardens and Little Theaters” for the Sainsbury Center of Visual Arts.

This brings us to the next point.

How I Discovered Bone Structure Technology

Since 2019, while analyzing home renovation projects and design influences, I started to see a recurring design theme that I had not seen previously. Naturally, my curiosity got the best of me but I could not pin down the source of the design influence. And yet, more and more home projects and complete rebuilds were introducing this refreshing, clean, minimalist design to old and affluent neighborhoods. Even in traditionally old-fashioned communities where colonial-style homes pre-date many of us, I was discovering completely new home rebuilds that were changing the face and vibe of neighborhoods with a revived, fresh, new look.

During one of many runs and walks through neighborhoods, the design continued to show up frequently and I had no way to Google search for it. Then one day, I struck gold, so to speak! I was walking along the waterfront and saw one of the larger residential homes being remodeled into the clean, minimalist design that I had seen before. And there it was – a sign that proclaimed, “Introducing Bone Structure Technology” with the now-familiar logo.

Bone Structure Design comes in several inspirational examples. They include:

Most common, through my own observations, were the urban/infill and modern contemporary inspirational examples of retrofitting neighborhoods. For this article, I took a photo of a modern contemporary example of bone structure technology from one of my past jogging sessions.

The Benefits of Bone Structure Technology

In my research, I discovered that Bone Structure Integrated Technology is about custom, clean, and efficient home design. A quick review of specific product information uncovers key design principles:

The History of Bone Structure Technology

Like everyone else, I always look for the origin story when I discover something fascinating. And yes, according to the company that designs the technology, “it started with an idea.”

Maybe not in a garage, like Apple, with Steve Jobs and Steve Wozniak, but Bone Structure Founder and President Marc A. Bovet saw the challenges of current building techniques. To my great surprise, Marc studied at the University of Ottawa with a focus on Marketing and was a Director at Bombardier for nearly 9 years where he developed his expertise and passion for innovation and design.

For the unfamiliar, Bombardier is a leading Canadian aerospace and transportation manufacturer, known for private jets, smaller carrier-class jets used by regional airlines worldwide, in addition to streetcars and subways used worldwide in major urban centers.

For the unfamiliar, Bombardier is a leading Canadian aerospace and transportation manufacturer, known for private jets, smaller carrier-class jets used by regional airlines worldwide, in addition to streetcars and subways used worldwide in major urban centers.

According to his LinkedIn profile, Mr. Bovet left Bombardier in early 2004 and paused before launching and founding his company in October 2005. He assembled a team of more than sixty engineers, architects, industrial designers, and interior designers to develop his unique steel construction system for custom-built homes because he didn’t believe in the mantra “it’s always been done this way”.

Since then, Bone Structure has grown with an impressive portfolio of residential projects in California, Ontario, British Columbia, Quebec, Alberta, New York, Saskatchewan, Hawaii, and many more. In fact, the now-familiar design has crept into the commercial landscape with some of the newer McDonald’s restaurants found across North America. To look at some of their projects, please visit their Portfolio section.